Kirsty couldn’t fit into her clothes and decided right then, that it was time to change her life, not just for her but for her two children.

After her second baby Kirsty struggled with postnatal depression and, as a consequence started to put on weight. “I felt like everyone was judging me, this soon became worse as I felt that everyone was then judging me because of my weight” Kirsty has told me.

With no clothes that fitted and spiralling weight gain, she decided it was time to get out of this situation.

A local lady had set up her own studio and Kirsty attended one fitness class a week.

It was at a charity walk where she first met Terry and she then entered an 8-week fitness and diet competition he had arranged and she won!

Kirsty started by finding a class time that fitted in with her and her family, which was instrumental in getting the ball rolling.

Results were a key motivation and being able to get into those clothes in the wardrobe, which previously she wouldn’t even dare look at, helped Kirsty to stay on track.

Terry and Ultracore Fitness also helped to give support “Terry would help me with a food plan if there were things I didn’t like or was generally finding it hard, and they give praise and lets face it, we all work well with praise”.

Although Kirsty is a working mum, running her own salon at home, she now fits exercise into her mornings. With a more positive outlook and bags more energy herself, she has been able to transfer this to the kids too, which means more days out and activities for them. “I feel like a different person. I can run after the kids, play more games and see them laugh which makes me happy”.

So what is next for Kirsty? She has now booked a 10k run and would like to do more running events. She attends Ultracore Fitness sessions and has made some life long friends there who are all supportive of each other. 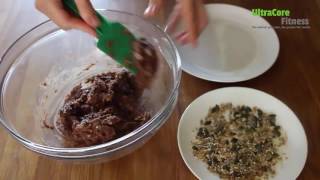